By Bruce Darata on September 29, 2015 in Office Appraisal 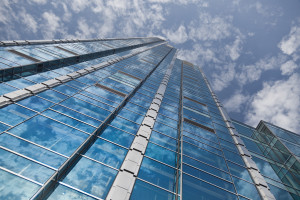 Being involved in the commercial real estate business, people often ask me, “How is the market?” Of course the inevitable response is “That depends”. Each market segment has characteristics, which react to internal and external economic stimuli in different ways.  In this article we will look at the office market in the broadly defined East/West Corridor, which is roughly defined east to west as Brookfield to Rochelle and, north to south as Hampshire to Yorkville.

First, let’s look at absorption, which is the change in occupancy from quarter to quarter. The Chicago Metro market absorption was positive 563,145 square feet in the second quarter of 2015.  Although this is lower than the last two quarters of 2014, it is a vast improvement over the previous quarter, which had a negative abortion rate (more space was made available, as a result of non-renewed leases)

The Chicago Metro market has seen a flat vacancy rate over the last few quarters with 0.2% fluctuation and a current rate of 13.9%. These statistics would not suggest a robust office market overall. It seems that property owners realize this, as they have reduced asking rental rates by 1.1% over the previous quarter.

So, looking at the East/West Corridor Market, we see a decreasing vacancy rate over the last thirty-six months with a current rate of 15.5%, flat over the last three quarters. It peaked in 2Q11 at 19.2%, and has not fluctuated more than 1.0% since that time. Out of the past sixteen quarters, six have experienced negative absorption, with current absorption at 111,603 square feet. Current delivered inventory is three buildings. There are two buildings (162,000 sf) under construction. Office rents have fluctuated, with a reduction from the last quarter of $19.65 to $19.10.

So what does this mean? In the suburbs there is minimal development and much of the existing inventory is obsolete.  Newer, more modern buildings in Chicago are attracting larger national tenants, such as Google in the River West Neighborhood. Overall employment growth is forecasted to be around 1.4%, with office employment improving at a rate of 1.5%. The market will react by developing one million square feet of office space in the city, with 500,000 square feet in the suburbs. Consequently the pace of vacancy improvement will decline with a reduction of 30 basis points in 2015 as opposed to a 50 basis point reduction last year.

The bottom line is that office users are looking for modern open-space layouts and buildings that are energy-efficient. Much of the inventory in the suburbs is older and would require significant investment to convert or demolish and build new.

Next week we will discuss trends in the office market and how technology affects these uses. Would you like more information? Please Contact Us Today!